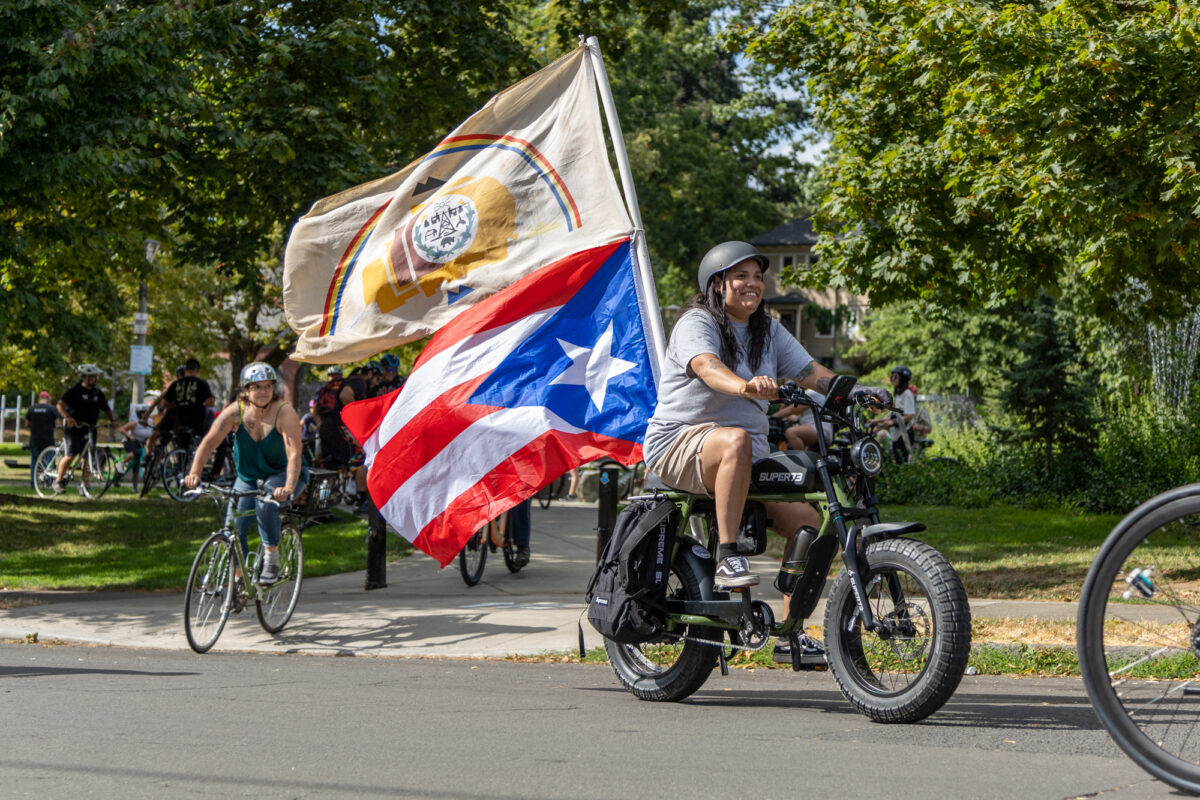 “So many individuals got here collectively for this,” mentioned Beyale. “Think about what we might do if we made it an yearly factor. It might simply get greater and greater.”

The 7-mile, party-paced experience rolled out at 3 p.m. from the Hampton Opera Middle on the east facet of the Willamette River. Riders headed to Colonel Summers Park, then crossed the river to breeze alongside the scenic South Waterfront. The finale was a celebration at Portland State College’s Native American Scholar and Neighborhood Middle with fry bread, music and distributors.

Scroll right down to view the picture gallery:

Underscore is a nonprofit collaborative reporting workforce in Portland targeted on investigative reporting and Indian Nation protection. They’re supported by foundations, company sponsors and donor contributions. Comply with Underscore on Fb and Twitter.